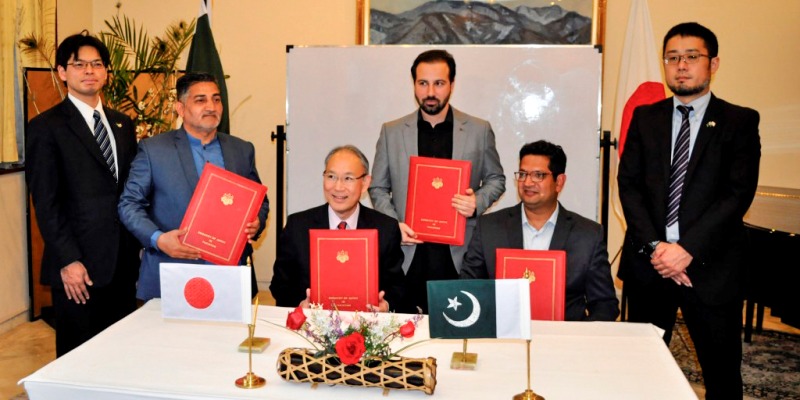 Japan is just another regional spectator of CPEC now showing interest to invest in as of many others worldwide. China Pakistan Economic Corridor is a hot topic across the globe and receiving overwhelming response from each corner. After Saudia Arab, UAE, Iran and UK now Japan has hinted to invest in CPEC and here’s the details of this update.

Recently, Japanese ambassador Mr.Kuninori Matsuda hinted that Japanese companies may invest in CPEC related projects. The ambassador expressed these views while talking to reporters during his visit to the Lahore Press Club. Mr.Kuninori Matsuda said that the diplomats could play an important role to bring two nations closer with the help of media.

He said that Japan has been working in Pakistan in arrays of healthcare, education, agriculture, transport, and electricity. The scope of this cooperation is being extended to other sectors like sports, culture, and media, he added. Now comprehending the scope of CPEC Japan is inclining to invest in different projects of it.

Japan is willing to come closer extending its business ties with Pakistan and Mr. Kuninori Matsuda also talked on Pakistani sacrifices rendered in war against terrorism and promoting peace in region. He stated businessmen and media from both sides may play a core role to strengthen bilateral relationships.

Gwadar in Aftermaths of CPEC Completion

Gwadar Master Plan will be announced within year 2019. As CPEC is forwarding to completion, its getting more hyped worldwide receiving more investment proposals. Now the time is not far when masses will witness huge infrastructural development all along CPEC and in Gwadar. Gwadar being a deep seaport and a spine performer, remains always next another to be heard whenever we talk about CPEC.

Gwadar is mainly connected with all of CPEC programming and Gwadar real estate has a lot to share in it. Though development pace is on halt for the most awaited master plan, but once it will be launched huge change in infrastructural development will be witnessed around the end of year.

CPEC is considered a key to economic revival of Pakistan and in result demand of real estate will increase especially in Gwadar. The current low prices won’t be available anywhere and that’s why buying a property in Gwadar is one of the best decision you can make today.