China Pakistan Economic Corridor to be expanded for Mutual Growth 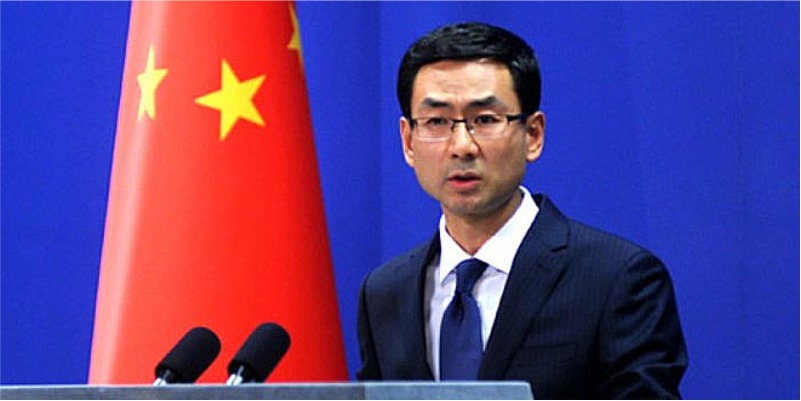 CPEC is on rapid escalation to its completion and time is not left far when entire region trade will be depending on it. CPEC is leading to future goals of multiple industries while Governments on both sides are focusing on an effective functionality of it. A robust infrastructure for trade and boom in energy sector are much focused programs on the list of CPEC. Now China is keen to expand CPEC endeavor further for mutual growth.

Chinese foreign ministry’s spokesperson Geng Shuang on Tuesday stated that his country would like to work with Pakistan to enrich and expand CPEC reaching high quality growth to deliver more benefits to peoples of two countries and the broader region.

“China will like to work with Pakistan to enrich and expand the essence of CPEC and achieve high quality growth to deliver more benefits to people in our two countries and in the broader region,”

Terming CPEC as a symbol of practical cooperation, Shuang expressed that Hub Power Plant will suffice the energy demand of millions of Pakistani families. CPHGC Power plant is strategically significant as it is part of China’s early harvest energy projects under the CPEC plan.

The HUBCO energy project is completed under CPEC. China Power Hold Generation Company (CPHGC) is developed in record time, as per the schedule and within estimated costs. The CPHGC project is a part of early harvest energy projects under the CPEC framework, making it truly a project of national and strategic significance.

“The successful completion of CPHGC project has fortified the dream of energy independence of Pakistan. Since the synchronization earlier in May, we conducted extensive testing of the systems to make sure we deliver quality while keeping HSE [health, safety & Environment] as our top-priority. I am glad that this Pak-China synergy has resulted in engineering excellence and has fulfilled our promise of providing Pakistan with affordable and ample energy” said Khalid Mansoor, CEO HUBCO.

It is worth mentioning here that CPHGC project has also delivered on various social commitments for improving the lives of the local community of Hub and Lasbella.